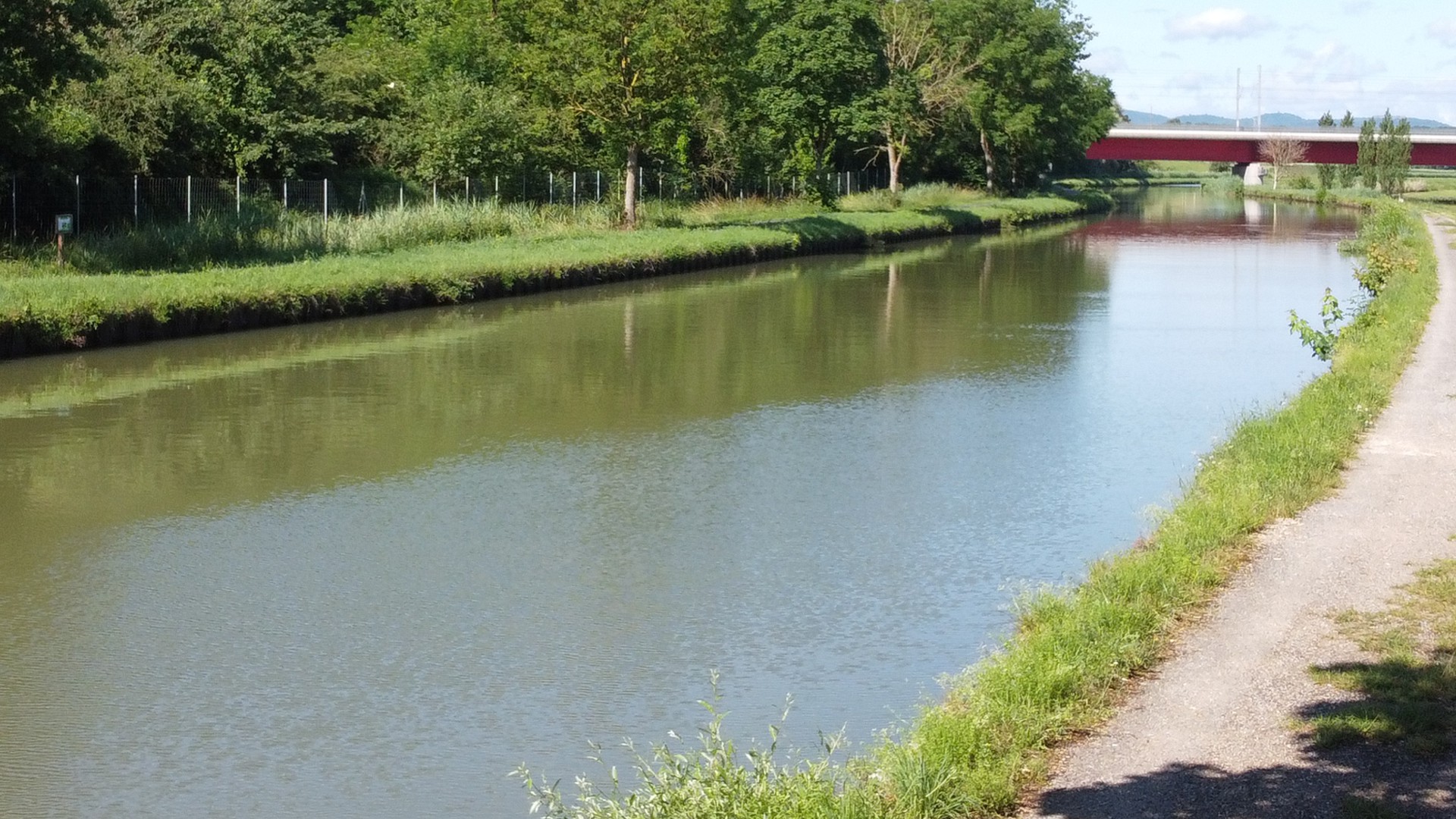 VNF Strasbourg operates, maintains and modernises a canalised network of 480 kilometres of streams, rivers and canals in the Rhine region. It manages and administers a public river basin of almost 2,000 hectares and a number of more than 200 structures (sluices, weirs, dams etc.). The workforce of 400 employees works in all waterways-related areas in the regions Grand Est and Bourgogne-Franche-Comté. The waterways supply water to the main cities in their area of responsibility, such as Saverne, Strasbourg, Colmar, Mulhouse, Belfort and others.

Taking into account that waterways, canals, rivers, reservoirs, feeder channels, etc. are vital ecosystems, the management of the hydraulic network and ensuring a global water management are very important tasks. In this context, VNF Strasbourg is responsible for measuring and monitoring water levels and flows in real time. VNF's Head of Hydraulic Management, Quentin Morice, and his team continuously maintain and optimise the management of water resources and the operation of waterways.

Their tasks include the evaluation of hydraulic data and compliance with regulations, particularly with regard to water withdrawals from the natural environment. During periods of drought, the minimum flow in the river, that is necessary for aquatic life, is particularly monitored. When the rivers minimum flow is reached, withdrawals are consequently stopped. Due to global warming and related problems, some areas will be more vulnerable to extreme floods and droughts in the future. In order to be able to manage the flood risk and at the same time the low water well in the future, very accurate and reliable flow values in real time are necessary. The modernisation of the network is therefore one of VNF's priority tasks. VNF Strasbourg spent two days meeting with NIVUS staff to see for themselves the suitability and performance of NIVUS flowmeters.

Due to the large number of structures (more than 200) and the fact that the rating curves have to be checked and updated even often several times a year, a device that combines reliability, accuracy and short measuring times is a real advantage. Particularly as this has a high impact at costs and staff requirements.

Mr. Morice (VNF) measured discharge himself at four very different measuring points according to the ISO 748 standard with a NivuFlow Stick. Discharge measurements were made in two rectangular channels, a trapezoidal channel and a natural stream bed. The aim was to evaluate the suitability of the new NIVUS discharge meter and to investigate the limits of its use

The NivuFlow Stick is a mobile measuring system for discharge measurement in flowing waters such as small rivers, streams, canals etc. He liked the measuring device very much because of its low weight, the ease of use, the complete recording of the flow profile and especially because of the time saving due to the very short measuring times.

The measurements were taken on two very different test days. In bright sunshine and 30 °C in the shade on the one hand and in pouring rain on the other. Mr. Morice used his own smartphone to operate the NivuFlow Stick. He was initially concerned whether the display would always be sufficiently easy to read on sunny days and whether the wetness could cause problems on rainy days. But neither heat and blazing sunshine nor pouring rain were an obstacle and so the discharge could be measured at all four measuring points.

For extreme conditions, a smartphone with IP67 or IP68 protection would provide additional safety. The electronic box is already waterproof with IP67 protection and the sensor has of course an IP68 protection. At the measuring point "Prise Eau 40" in Wilwisheim, near Saverne, a transit time flow measurement with NivuFlow 650 and three measuring paths is installed. To verify the existing measurements, the measured values of the two measuring devices were compared. The discharge measurement with the NivuFlow Stick showed 116 litres per second and the flow with the transit time measurement fluctuated slightly around 116 litres per second. The testers from VNF were satisfied. The complete recording of the flow profile by means of the cross-correlation principle and the associated high accuracy of the NivuFlow Stick finally completely convinced the testers.

The NivuFlow 650 measuring system complies with ISO 6416, IEC 60041 and is specially designed for flow measurement in partially or completely filled pipes, channels and surface waters. In order to meet accuracy requirements, the transmitters can be equipped with several measuring paths (up to 32 paths). The large graphic display of the transmitter allows a quick and easy commissioning of the measuring system. In addition, the NivuFlow 650 offers various diagnostic options and allows a thorough analysis on site.

Due to their mechanical construction, rod sensors are particularly suitable for use in partially filled channels with vertical channel walls. The mounting of the sensor is designed in such a way that the sensor can be mounted above the water level. This means that the water level does not have to be lowered for installation.

With the help of the NivuFlow Stick, VNF Strasbourg can quickly and easily calibrate the discharge measurement at its simple structures with Q/h relationship. The mobile measuring system NivuFlow Stick is designed for discharge measurements in surface waters. The measuring device appealed to VNF because of its low weight, simple operation, fast and complete recording of the flow profile and especially because of the time and cost savings due to the very short measuring times. Structures with challenging hydraulics, where the Q/h relationship cannot be applied, are equipped with NIVUS stationary transit time flowmeters at VNF Strasbourg. NivuFlow 650 multi-path measurements with rod or wedge sensors are used. The NivuFlow Stick and NivuFlow 650 duo, with their common interface, form a complete solution for flow measurement in natural environments. They meet the requirements of operators such as Voies Navigables de France and help them to perform their tasks efficiently.

Hello
We are glad to have you here! For any question regarding water or digitisation we are happy to answer you call or your email message.
Team NIVUS
Im Täle 2
75031 Eppingen
+49 7262 9191-794
sales@nivus.com